Advertise on A\J
Home / The WTF: The Week This Friday Vol. 30

The WTF: The Week This Friday Vol. 30

This is the Week This Friday! 6 quick-and-smart briefs about happenings in the environmental space.
BY Siobhan Mullally, Teo Guzu, David McConnachie
Jan 8 2021
Categories: A\J 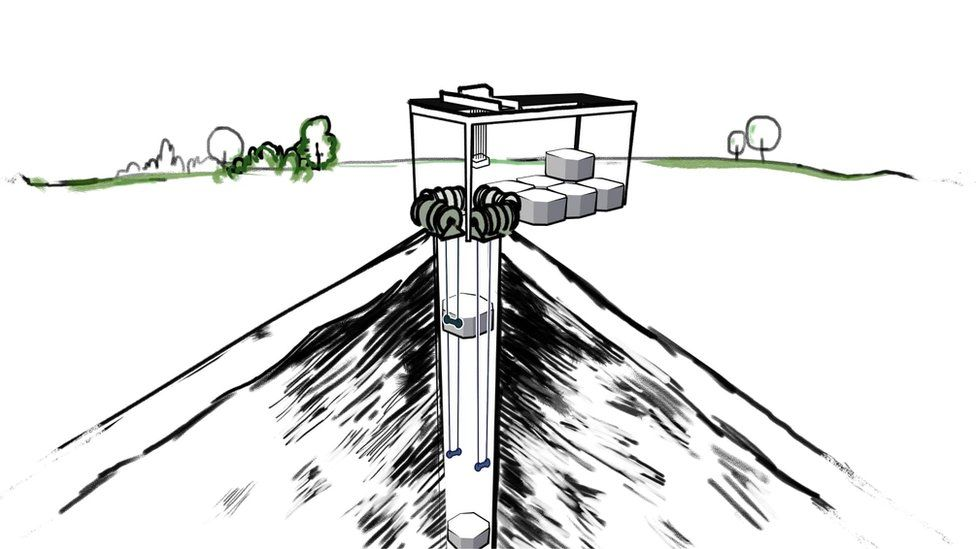 The day has come where humans are able to generate electricity from a source as accessible as gravity. The Scottish company, Gravitricity, has developed a novel technology that converts the energy from the raising and lowering of weights into electricity. The process really is as simple as it sounds - dropping heavy weights down deep holes. Of course, the weights also have to be attached to special cables and winches that rotate as the weights move up and down thus harnessing the energy that is generated. The technology has proven to work well in decommissioned mine shafts and can also work alternatively by lowering the weights from tall towers.

Why use gravity to produce electricity in the first place? Sustainability, of course! Using gravity is more sustainable than using large batteries, like lithium, since batteries require the extraction of specialty materials and gravity is just, well, constantly available and renewable. Once the weights reach the bottom of the mine shaft, they are raised back up, allowing power to be absorbed and recharged.

Using gravity has also proven to be the most flexible method of generating electricity, which makes it unique to its competing technologies and allows it to suit different energy uses. For example, it can be used to output energy at a slow rate over longer periods of time or very quickly, producing short bursts of high energy.

Finally, it is estimated that using gravity will be the cheapest electrical option once it is commercialized since its main components simply require concrete weights and formerly-used mine shafts. Plus, one Gravitricity device can last up to 50 years with no degradation. If only Isaac Newton could see this!

CAN WE TURN DOWN THE HEAT?

New study shows a climate disaster could be curtailed within a couple of decades if net zero emissions are reached. 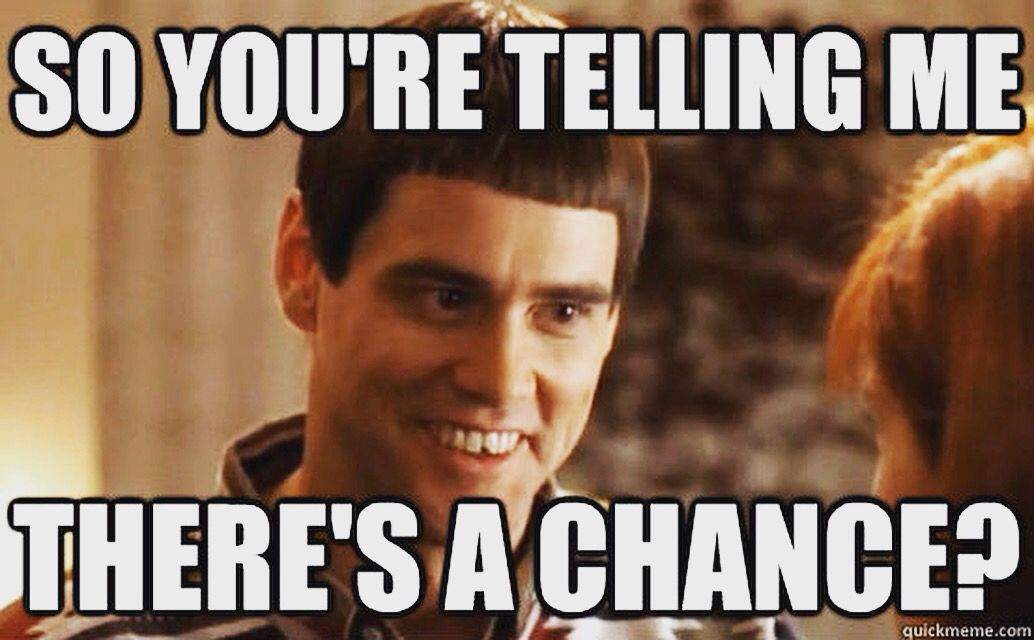 A report this week in The Guardian helped pump some hope into the atmosphere of doom-and-gloom related to global warming, climate change and the long-term impacts of our fuel-ish behaviour.

Up until recently, it was believed by the scientific community that further global heating would be ‘locked in for generations’ even IF emissions were to be rapidly reduced. But a recently released study from a team from Pennsylvania State University is giving hope that ‘turning down’ the planetary heat could be more quickly curtailed than previously understood.

Getting to net-zero emissions as quickly as possibly is the key, with net-zero meaning that any country (or entity) will emit no more carbon than is removed from the atmosphere. And with more than 100 countries pledging to that goal by 2050, we do possess the power to begin undoing the damage that we’ve already inflicted. When we get to net-zero emissions, “surface temperatures stop warming and warming stabilizes within a couple decades,” said Michael Mann, a climate scientist at Pennsylvania State University. “What this really means is that our actions have a direct and immediate impact on surface warming. It grants us agency, which is part of why it is so important to communicate this current best scientific understanding.”

Leading climate expert, Zeke Hausfather, from the Breakthrough Institute adds, “This falling atmospheric CO2 causes enough cooling to balance out the warming ‘in the pipeline’ due to slow ocean heat uptake, and global temperatures remain relatively flat after net-zero emissions are reached. The main takeaway for me is that this is good news, because it means that how much warming happens this century and beyond is up to us.” 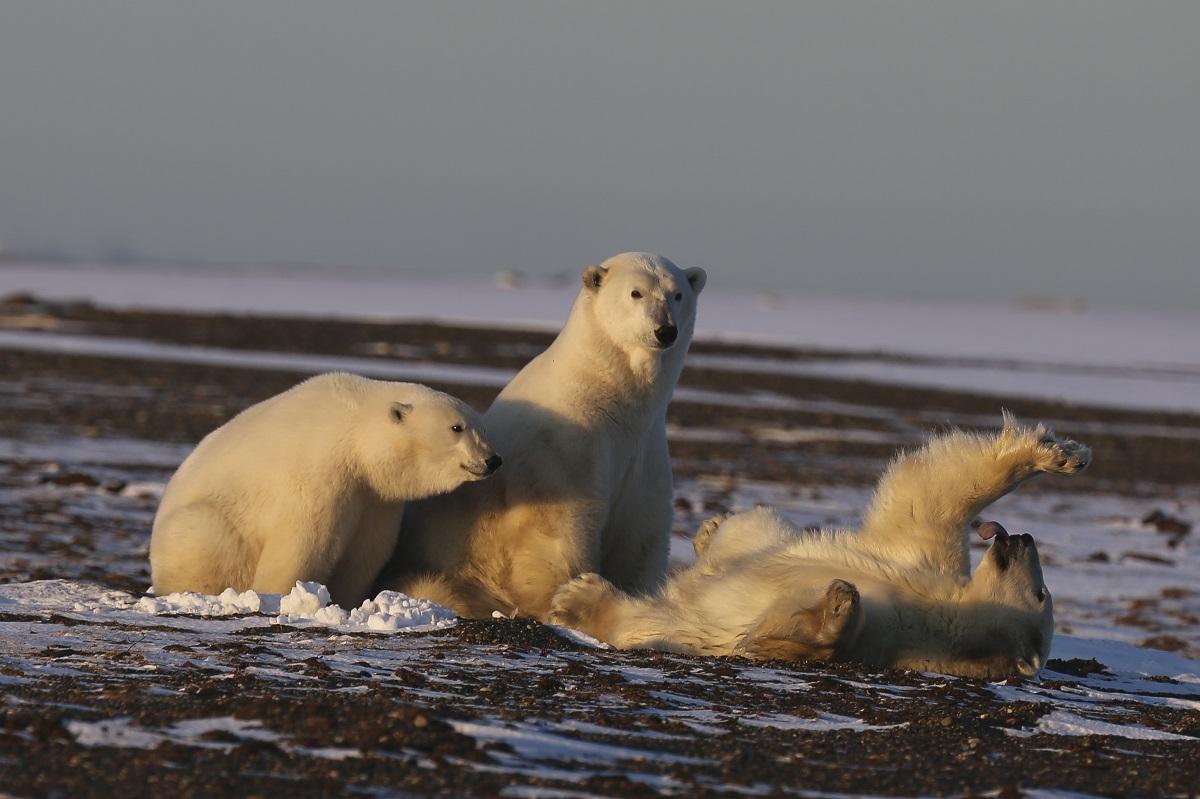 With just days left in office, the Trump Administration is pushing ahead with the first ever sale of oil leases in the Arctic National Wildlife Refuge. After decades of dispute, the rights to drill for oil on about 5% of the refuge will go ahead. Opponents have criticized the rushed nature of the sale, coming just days before President Trump's term ends, and yet the plans will still move forward.

The Alaskan wilderness is home to a variety of important species including polar bears, wolves, caribou, arctic foxes, and the like. Covering approximately 78 000 square km, the Arctic National Refuge is often described as America’s greatest wilderness. The habitat is critically important to many species. Let’s talk about polar bears. In the winter months, pregnant polar bears build dens in which to give birth. Due to climate change and temperature rises, sea ice has become thinner causing these bears to start building their dens on land. The coastal plain of the Arctic National Refuge now has the highest concentration of these dens in the state. The coastal plains are also home to the largest concentration of porcupine caribou, around 200 000. In the spring, the herd moves to the coastal plain region of the refuge as it is their preferred calving ground. This coastal plane, which should be protected, is now subject to the first ever oil lease sale in the Arctic National Refuge.

The push for exploration in the park has been a decades long battle between oil companies supported by the state government and environmental and indigenous opponents. According to BBC News, “oil revenues are critical for Alaska, with every resident getting a cheque for around $1,600 every year from the state's permanent fund”. A last-minute attempt to stop the sale in the courts failed but opponents are hopeful, saying it will not be the end of their efforts to protect the area from drilling. With climate change set to be a central focus for the Biden administration, it is likely that efforts to extract new fossil fuels in Alaska will be subject to review and (hopefully) delay. This could ultimately limit the interest and opportunity for oil exploration in the refuge.

Dangerous Environmental Work on the Ocean 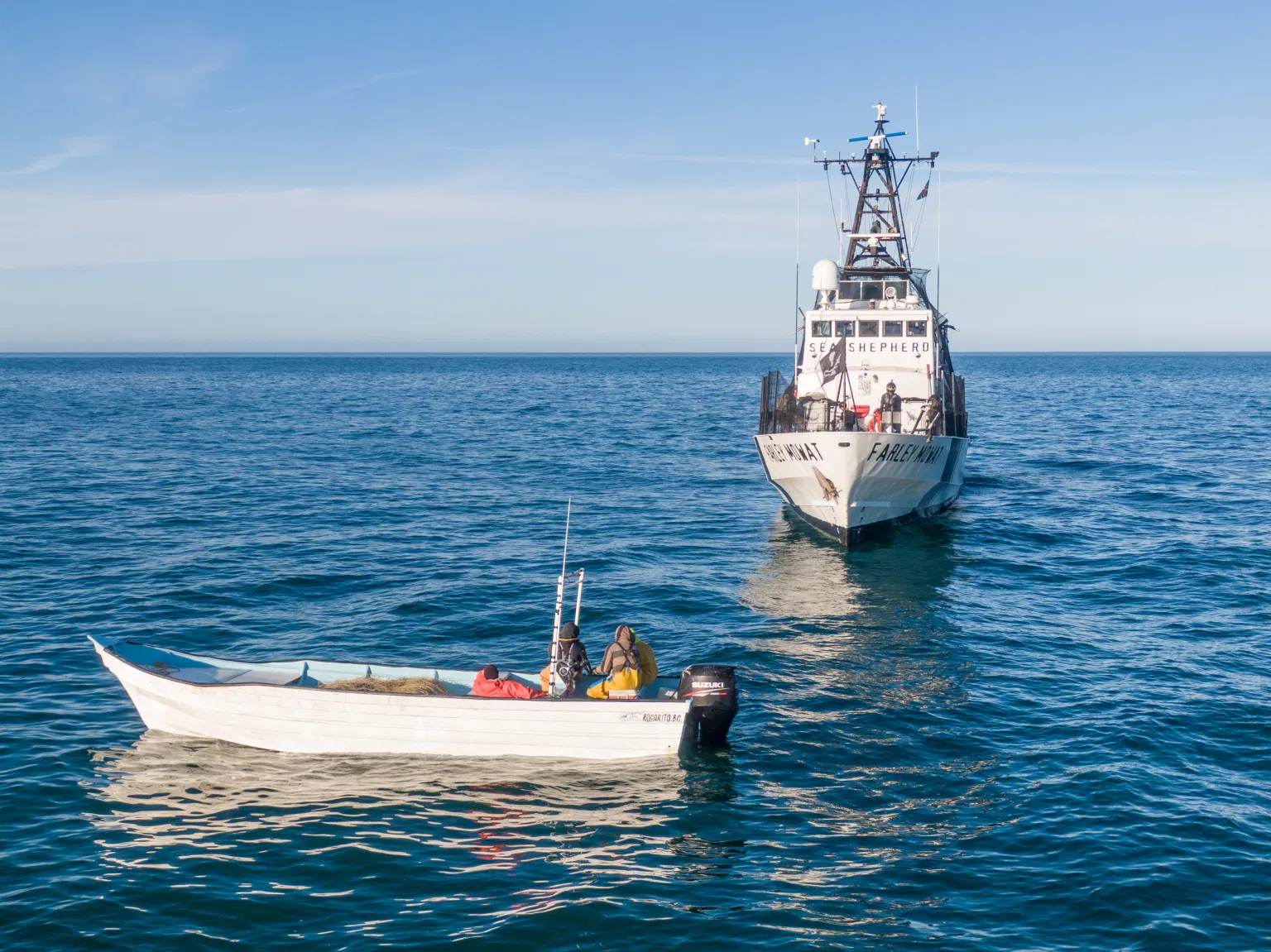 This week a Mexican fisher died in a boat collision resulting from a conflict with the organization, Sea Shepherd. The Sea Shepherd Conservation Society is a global movement of thousands of volunteers and crews, created with the mission of protecting marine wildlife and stopping illegal fishing. The fishing boats were believed to be poachers opposing Sea Shepherd’s activity.

Sea Shepherd claims that their vessel was removing an illegal net in the Gulf of California in partnership with the Mexican authorities in order to protect the endangered vaquita porpoise, when they were violently attacked by several small fishing boats. The Sea Shepherd crew was preparing to leave the area when one of the fishing boats collided with their vessel. The fishing boat that crashed held two fishers, one of which suffered serious injury and died.

Following the accident, Sea Shepherd shared that the attack was just one of several assaults they have experienced while protecting the vaquita porpoise. This story does nothing but highlight how serious and dangerous the nature of environmental activism can be when presented with opposing forces.

In a previous article, A\J’s Alex Goddard spoke with Paul Watson, the founder of Sea Shepherd, on how environmental activists can make real change. Paul Watson described Sea Shepherd’s methods as “aggressive non-violence”. In other words, they take action to protect marine life while avoiding all forms of violence and injury. It is clear from the accident that Sea Shepherd’s actions put them in danger, but the crew strived to avoid violence when it came down to it and even delivered emergency first aid on the two injured fishers.

This event is the perfect example to highlight just how dedicated Sea Shepherd crews are to their work, putting their own lives in danger, working on the front lines of conflict, and experiencing severe circumstances - all for the protection of endangered species and the health of marine ecosystems.

A Look at The Reusable SpaceX Craft: Starship 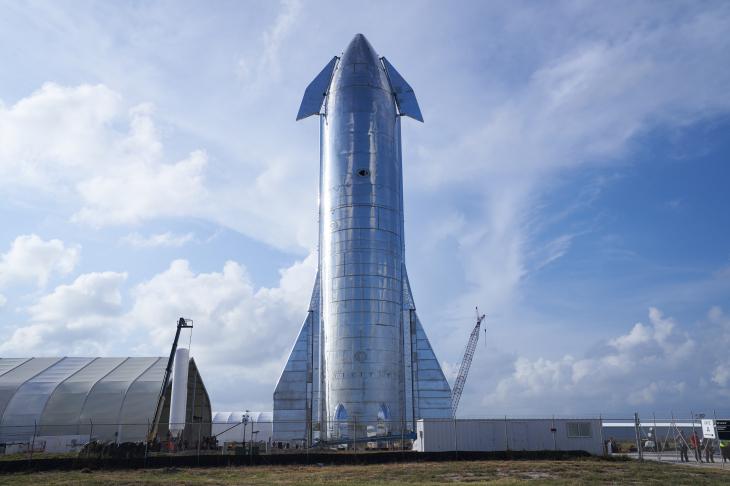 SpaceX CEO Elon Musk is planning to soon launch the prototype of a vehicle that could be a game-changer for space travel. Starship is a fully reusable transport system capable of carrying up to 100 people to Mars. The system is composed of a booster stage, named Super Heavy, and a second stage, also referred to as Starship.

The second stage is being designed as a long-duration cargo, and eventually, passenger-carrying spacecraft. The spacecraft will serve as both the second stage and the in-space long-duration orbital spaceship. The company anticipates huge cost savings through re-usable rocketry versus expendable launch vehicles, which Musk has described as a process akin to an airline throwing away their passenger aircraft every time they complete a flight. The process of discarding flown rockets is extremely wasteful. SpaceX has made serious progress towards this goal of reusability by frequently re-flying parts of their Falcon 9 rockets and their Dragon cargo capsules – but the Starship spaceship they’re building now is slated to be even more reusable.

For an in-depth read on exactly how SpaceX has made Starship reusable, click here. But for now, let’s talk about timelines, when can we expect to see Starship take flight?

In the last few years, SpaceX has tested various prototypes of the Starship upper stage at its Boca Chica facility in Texas. In December 2020, SpaceX launched a test article named SN8 (Starship number 8) - the first to feature a nosecone and flaps (like the current Starship design). After reaching an altitude of 12.5 km, SN8 belly made its descent back to Earth, giving SpaceX valuable engineering data about the final part of Starship's return from space – but the vehicle approached the landing flight too fast and hard, causing it to explode. SpaceX has already moved prototype SN9 to the launch pad, and, this time, they're aiming to stick the landing. This test fight could take place in the next few months. In October 2020, Musk said SpaceX was aiming to launch Starship on an uncrewed flight to Mars in 2024. An ambitious timeline, but that’s what Musk is known for. 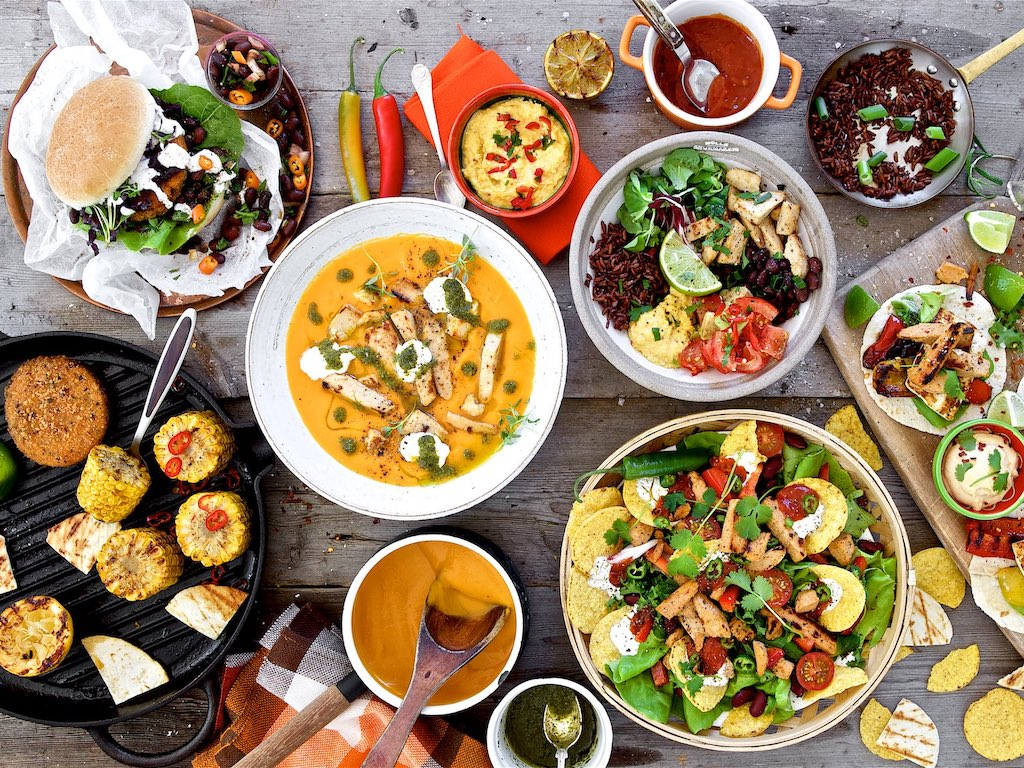 This New Year’s has shown the record highest number of people globally who have pledged to take part in the Veganuary challenge. Veganuary is an initiative that encourages and challenges participants to start their new year by eating only vegan foods in the month of January. The most common motivations for joining the Veganuary movement include improving health, animal welfare, and the environment.

Over 500 000 individuals signed up for the Veganuary pledge in 2021, which is the record number since the initiative began in 2014. Keep in mind, that’s just the number of people who have officially signed up on the Veganuary website! There is no doubt many other individuals will reduce their meat consumption this year outside of the Veganuary challenge. Veganism and plant-based eating have continued to gain popularity and it is becoming well-known that plant-based diets are one of the most sustainable diets to adopt to reduce one’s carbon footprint.

Although there are still plenty of people who are hesitant to try plant-based alternatives because some products may be highly processed or taste different, it is encouraging to see increasing numbers of people simply making an effort to reduce their meat consumption. Veganuary encourages individuals to try and continue eating plant-based and reduce their consumption of animal products for the rest of the year beyond January. However, regardless of whether someone continues to eat fully vegan or just decides to reduce their consumption of meat, this initiative is a step in the right direction for the climate and has kicked off 2021 on a positive note!

Uninhabitable Earth: Life After Warming
Having an awareness of the worst possible climate change scenarios can be motivating rather than...
END_OF_DOCUMENT_TOKEN_TO_BE_REPLACED