Advertise on A\J
Home / The WTF: The Week This Friday Vol. 35

The WTF: The Week This Friday Vol. 35

This is the Week This Friday! 6 quick-and-smart briefs about happenings in the environmental space.
BY Greta Vaivadaite, Siobhan Mullally, Teo Guzu
Feb 12 2021
Categories: A\J 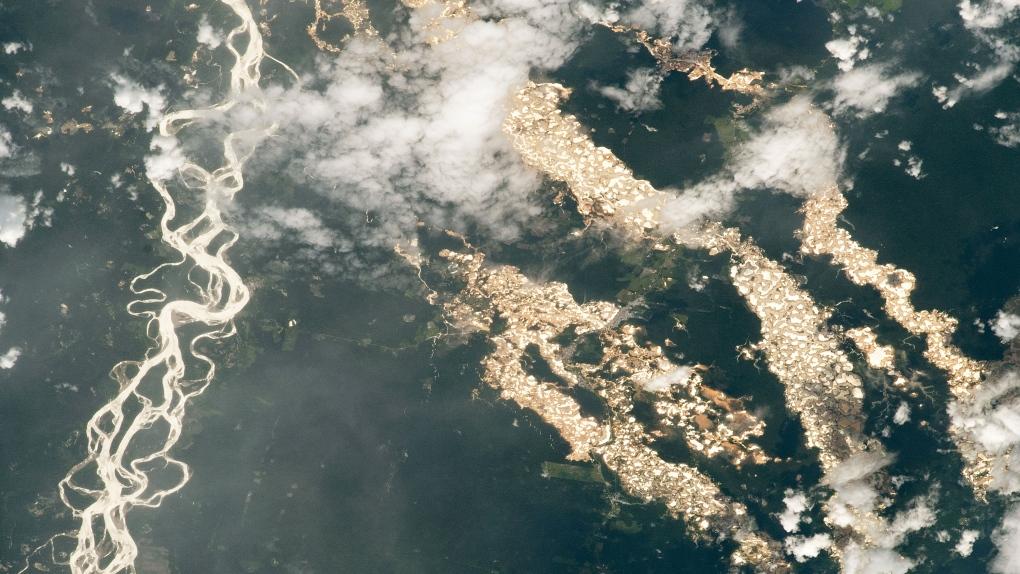 What appear to be rivers of gold running through the Amazon rainforest in Madre de Dios state in eastern Peru are in fact prospecting pits, likely left by independent miners, according to NASA's Earth Observatory, which published the photo taken by one of its astronauts. The pits are normally hidden from view, but direct sunlight exposed them for what they really are. According to NASA, independent gold mining supports tens of thousands of people in Madre de Dios, making it one of the largest unregistered mining industries in the world. Mining is also one of the largest drivers of deforestation in the region, while the mercury used to extract gold pollutes waterways.

Madre de Dios is a pristine part of the Amazon about the size of South Carolina, where a variety of animal and plant life like monkeys, jaguars and butterflies thrive. But while some parts of Madre de Dios, such as the Tambopata National Reserve, are protected from mining, hundreds of square miles of rainforest in the area have been turned into a treeless, toxic wasteland. Reading this article reminded me about an episode of Hostile Planet on National Geographic Channel called “Jungles”. The episode shows the bleak future of the various rainforests around the world, including the Amazon and Amazon Basin.

CTV news dives deep into the story explaining that in January 2019, a scientific study found that gold mining deforestation destroyed an estimated 22,930 acres of Peru's Amazon in 2018, according to the group Monitoring of the Andean Amazon Project (MAAP). Deforestation in 2018 eclipsed the previous record high from 2017, when an estimated 22,635 acres of forest were felled by gold miners, according to MAAP. This means that over two years, gold mining decimated the equivalent of more than 34,000 American football fields of the Amazon rainforest. 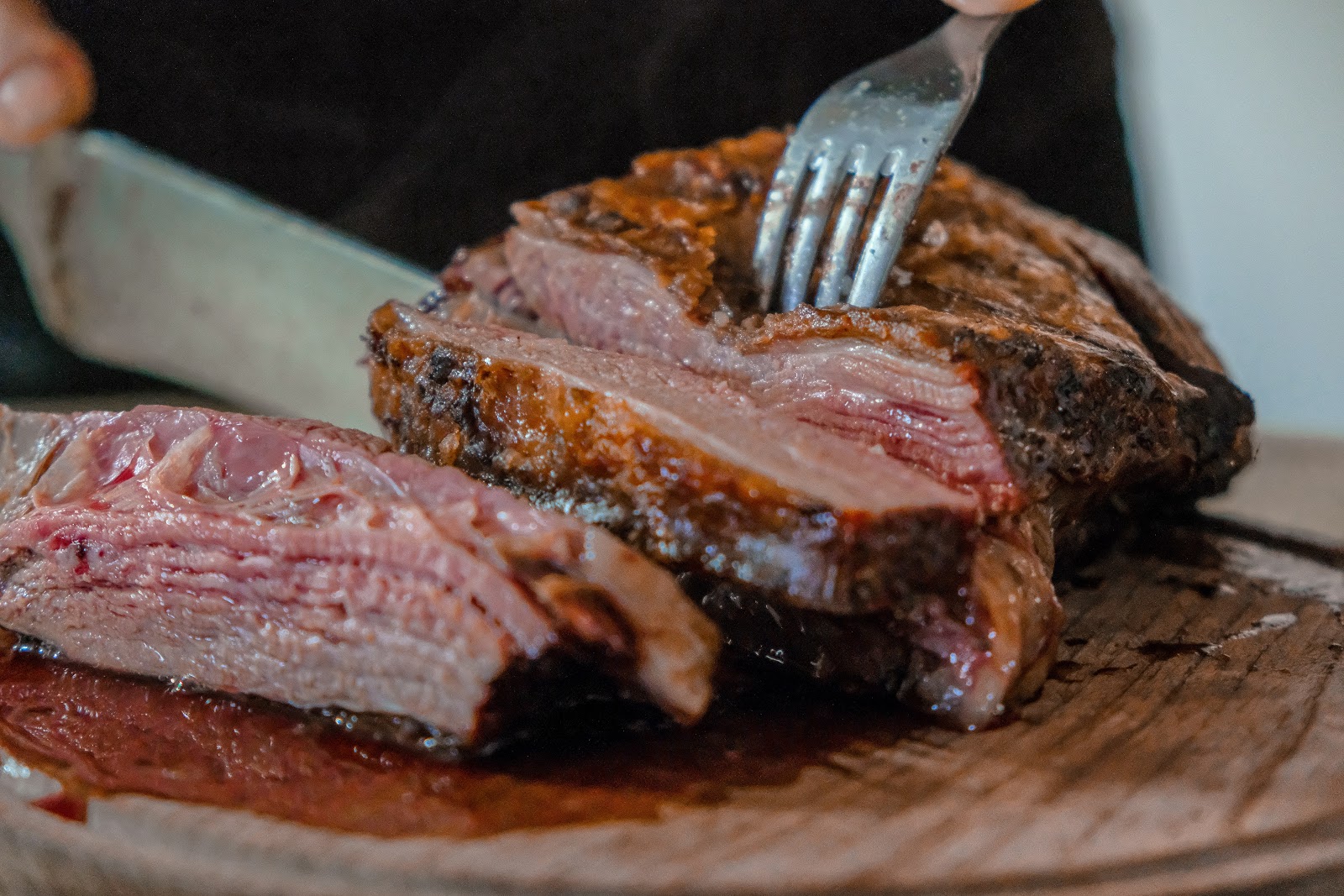 Another breakthrough in lab derived meat is making headlines. Lab grown meat made up of animal cells has shown to replicate that of conventional meat slabs, providing textures and flavours similar to the real deal. This could be a game changer to our meat supply and be the pioneers of sustainable meat production.

The researchers at McMaster University have developed the technique and can even control the amount of fat and muscle on the lab grown steak pieces.

The challenges faced previously have been creating a texture and consistency to mimic that of steak as it has been more similar to that of ground meat. The researchers have taken muscle and fat cells in two-dimensional “sheets” and created layers, similarly to that of the same mechanism as humans exercising and building more muscle fibers.

There are hopes of commercializing these findings into a product that could hit our shelves and hopefully revolutionize our relationship with meat, as global meat production has risen over triple the amount in the last 50 years. Next time you order a steak, perhaps you may have the option to which cut and lab-grown or not? Bon Appetit. A new report published in Nature Communications shows that a coronavirus very similar to COVID-19 has been discovered in bats across Asia. The scientists predict that similar coronaviruses may be present in bat populations across many nations and regions in Asia, including Japan, China, and Thailand. In previous studies, it was suggested that COVID-19 (Sars-CoV-2) emerged in an animal, most likely a bat, before spreading to humans. So, these findings have given scientists more clues to how the virus may have originated.

A research team, led by Lin-Fa Wang, have been studying bats in an artificial cave at a wildlife sanctuary in Thailand. Their latest findings detected a close relative of the Sars-CoV-2 strain, called RacCS203. This strain is also similar to another coronavirus, RmYN02, that was found in bats in China.

All the technical virus names aside, these findings are important because a big concern among scientists is the coronaviruses’ ability to move between different animals and evolve into new pathogens. Dr. Thiravat Hemachudha of Chulalongkorn University in Bangkok, Thailand says the viruses they have found in bats act as “a perfect template that can recombine with others and eventually evolve as new emerging pathogen(s), Covid-19 virus as one.”

Researchers continue to investigate these results - as well as collect more data and experiment - to further understand how the virus is passing from animals to humans.

Bolder Climate Actions Could Save Millions of Lives by 2040 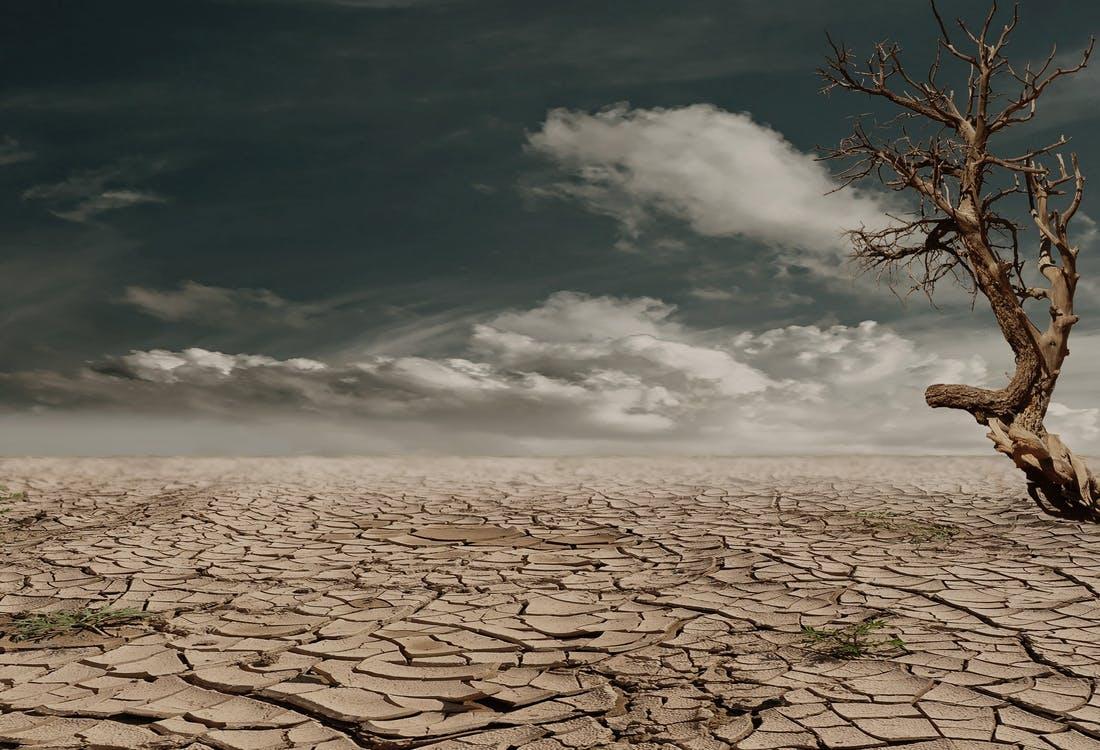 A study published in The Lancet Planetary Health journal found policies that could, each year, save 5.86 million lives due to better diets, 1.18 million lives from cleaner air and 1.15 million lives through more walking and cycling by 2040. Countries could save millions of lives if they commit to bolder practices in line with the goals of the Paris Agreement on climate change, researchers said Tuesday. The nine countries modeled in the study - the United States, China, Brazil, Germany, India, Indonesia, Nigeria, South Africa and Britain - represent half of the world’s population and 70% of global emissions. The new research highlighted how the potential health benefits of climate action could give added reason for countries to submit more ambitious national climate plans ahead of the UN COP26. “There’s good evidence to show that meeting the Paris Agreement commitments will be good for our health, and that these benefits accumulate to those individuals in the countries taking leadership,” explains lead author Ian Hamilton, executive director of The Lancet Countdown on Health and Climate Change.

Using national and international data, the study analysed emissions generated by the energy, agriculture and transport sectors, along with factors like national diets and lifestyles.

The researchers modeled the scenarios required for each country to meet the Paris accord, including changes like adopting cleaner energy and reducing car use, as well as to achieve global development goals such as zero hunger. They found that changes towards “flexitarian” diets - with moderate amounts of animal-based foods and a high share of plant-based foods - offered the greatest health benefits as well as reducing carbon emissions. “For example, many deaths would be avoided by lower rates of non-communicable diseases such as obesity and heart disease, connected to excessive consumption of carbon-intensive red meat and processed foods, and lack of access to fruit and vegetables.” If that doesn’t make you want to eat more salads, I don’t know what will. Climate action doesn’t just help the environment, it helps us too. To read some more important findings from CTV, click here.

What Is Happening to the Blue-Jays? 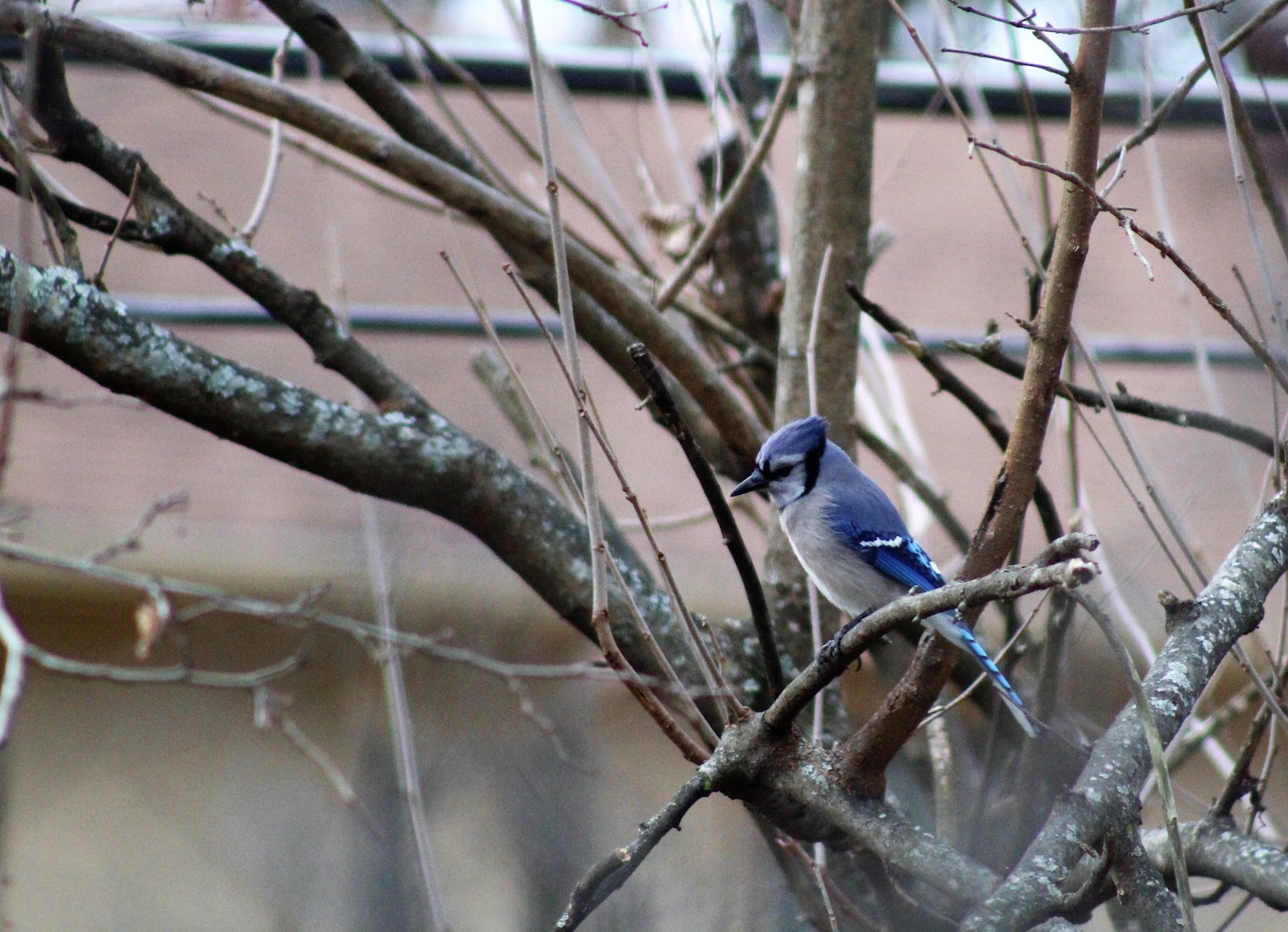 Canada jays’ numbers are on the decrease due to the frequenting freeze-thaw days in correlation to climate change. The winter food stock fell short due to the unpredictable temperatures in the fall, often causing food to become inedible due to bacteria growth.

This created a trickle effect to show in reproduction and population numbers, “If your food is being spoiled, you have less food that you can devote to survival and reproduction” stated Alex Sutton, who was a PhD student at University of Guelph at the time of the study co-led with Ryan Norris, an associate professor in the university’s department of integrative biology.

“What seems to be happening is that they need to decide either to survive or to reproduce,” said Sutton. Conditions are becoming harder for the species to survive and the trend of decline can shine light on to what is to come in the future, not for just the jays but a variety of other species who face the harsh effects of climate change. This may push the species to migrate further north, but how the species will respond to climate change is still unknown.

Saving the Planet Even After Death 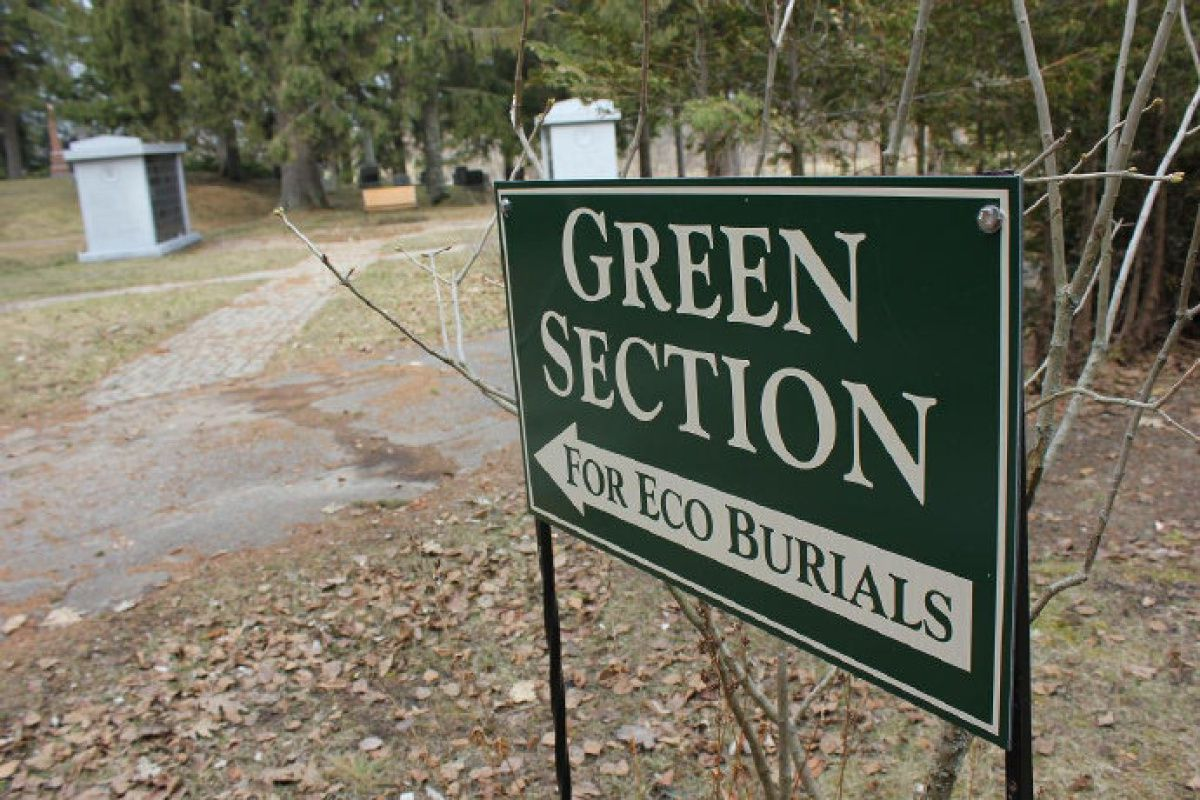 The most traditional methods of burying bodies after death have environmental consequences. Cemeteries use valuable land, and leak chemicals and insert materials like concrete, plastic, and steel into the earth. And the alternative - the process of cremation - releases chemicals and greenhouse gases into the atmosphere. So, what is the most environmentally sustainable way of, well … dying?

A study from the University of Kansas has been released on how older environmentalists are making plans for the end of their lives. The lead author of the study, Paul Stock, said, “This article is specifically asking if older adult environmentalists consider how their bodies are going to be disposed as part of their environmental activism.” The study shows that some individuals do plan on having a green burial, which is when the body is placed in the soil without a durable casket or concrete chamber and the body can decompose into the earth. But, some people had not even considered it because they didn’t know those options existed.

The researchers said that, along with the little awareness of environmental burial options, green burials are often avoided by the funeral industry looking to make profits. And they’re also often disregarded by families for religious or cultural reasons or for military funerals.

Uninhabitable Earth: Life After Warming
Having an awareness of the worst possible climate change scenarios can be motivating rather than...
END_OF_DOCUMENT_TOKEN_TO_BE_REPLACED